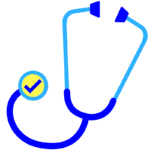 How do you make a choice without good information?

This is the challenge thousands of Australians with Disability, their families, friends and carers found themselves facing when the National Disability Insurance Scheme (NDIS) hit their regions. For some, this bold new scheme was their first opportunity to have direct choice and control over their own supports.

The NDIS offered the chance for change. Instead of the bureaucratic model of funding providers and allocating users, the NDIS would fund people with disability and instead allow them to choose a provider that met their needs. This big new national Scheme offered consumer choice in disability supports on a scale that had not previously been seen in Australia.

While choice and control was warmly welcomed by the community, this noble goal gave rise to new problems. The National Disability Insurance Agency (NDIA) was in it’s infancy and systems were poorly designed. Despite spending millions on big brand consultancies to provide the technology and advisory to expedite delivery, the Agency struggled to keep up with the needs of people with disability.

On the ground, people with disability and their communities were being let down. Without access to reliable information, people with disability were defaulting into their existing arrangements or simply going without care. On top of this, unscrupulous providers were waitlisting clients in their own ‘one-stop-shops’ rather than supporting them to access immediate care from other capable and available providers.

People with disability finally had consumer power, but it was power in name only. Without the information, tools and support to exercise their power, the status quo would prevail.

Recognising the real issues faced by Aussies with disability in exercising their choice and control under the NDIS, we created CareNavigator. As a textbook case study in applied design thinking, CareNavigator was born by starting with the end user first and working back to the solution.
Listening to people with disability, understanding the real challenges they faced with the new system and prototyping simple wireframe solutions lead us to create CareNavigator. A digital platform that allowed users to find, rate and review available care providers in their local area.

Through human centred design, agile methodologies and rapid prototyping, we went from problem to live beta in just 1 month. In February of 2016 CareNavigator went live to the world, providing people with disability a place to share their experiences and the tools to empower informed choice and control over their own care.

In the months that followed, CareNavigator gained first hundreds, then thousands of users. The platform was picked up by industry press and adoption spread through word of mouth and social media.

CareNavigator became not only a platform for finding great care providers, but for recognising them as well. In an industry that is known for its long hours and hard, often thankless work, CareNavigator has become a place to recognise and celebrate the best care providers in the country.

Today, more than 30,000 Australians have used CareNavigator in their journey to find and recognise the best care providers in their community. Since the early days of that first prototype, we’ve continued to maintain and grow CareNavigator. From rapidly scaling the platform to keep pace with user demand, to driving the product road map of new features and supporting the sustainability of the platform, we work to support CareNavigator as a resource for people with disability.

"a great site to find the best options for you"

"What a great tool for supporting choice!"

"TripAdvisor for the NDIS"

Ready to create things that matter?